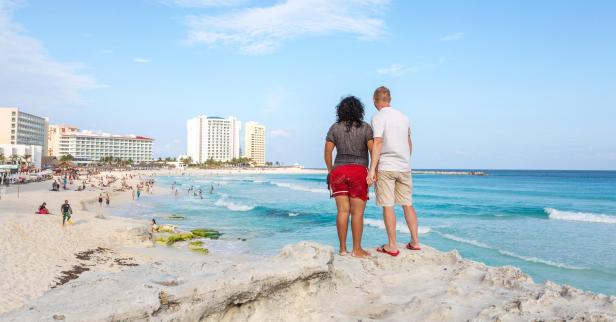 According to August 2017 data from the Social Security Administration, the average Social Security retirement benefit is $1,371 per month. Many Americans get professional help to plan their retirement, but in case you only have your Social Security to count on, there are retirement options just a few hours south of the U.S. border. In fact, in these three Latin American destinations, you can actually retire in comfort on Social Security benefits alone.

As our closest neighbor on the list, Mexico is a top choice for many retirees because it’s not too far from home, which makes trips back to the States for the holidays or to see new grandkids relatively cheap. But Mexico has a lot more to offer than convenient proximity. To get residency in Mexico, you have to prove that you’ve received consistent monthly income, including Social Security benefits, of $1,300 (or more for permanent residency) over the past six months.

What’s more, once your residency is approved, you can enroll in the Instituto Nacional para las Personas Adultas Mayores (INAPAM) program. Carrying this little plastic card entitles you to discounts on a huge range of goods and services — including health care, leisure activities, public transport, restaurants and airline tickets — as well as discounts on property taxes and water bills in some municipalities.

The lakeside town of Chapala has a thriving expat community, a near-perfect climateand surprisingly low cost of living. A one-bedroom apartment in the city center is just$148 per month, with utilities, Internet and cell service totaling $75. Groceries are similarly inexpensive, with a typical monthly grocery bill — including basics such as bread and cheese, meat, produce and a little extra tossed in for impulse items — can cost as little as $135. All in all, an average monthly budget in this sunny town including nights out, a gym membership and transportation comes out to just $675 per month.

A bit farther south than Mexico, but even more retiree-friendly, is the small country of Panama. Due to its important port, it’s a huge draw for people from all over the world and regularly ranks in top destinations for American expats. Unlike other countries, the retiree benefits in Panama aren’t just for your twilight years. Under Panama’s Pensionado program, anyone over the age of 18 can apply for retirement-based residency as long as they meet the income test of having at least $1,000 per month in guaranteed retirement income.

Once your application is approved, Panama’s Pensionado program provides discountson everything from utility bills to personal loans. You even get 25 percent off of airline tickets and are exempt from paying import taxes when you bring your household belongings from the U.S.

If you’re looking to move to Panama on a Social Security budget, San Jose de David is the place to be. It’s becoming more and more popular with the expat community, so there are plenty of resources for newcomers of all ages. Typical monthly expenses in this sunny city are a bit higher than in Chapala, but still incredibly affordable, even if you plan to live on Social Security benefits alone.

Rent for a downtown one-bedroom is still a steal at $328 per month, and utilities, Internet and cell service add up to just $85. A month’s worth of groceries is only $145 and a bus ride is just $0.35. All told, you can live a comfortable life including all the good stuff such as movie nights, dining out and a fitness membership for just $877 a month. If you take advantage of the Pensionado discounts, your monthly expenses could be even lower.

Ecuador may not be the first place North Americans think of visiting, but it has avariety of climates, from mild spring-time in the mountains to toasty beach weather on the coast, a comfortingly consistent 12-hours of daylight all year and a very convenient currency: the U.S. dollar.

To apply for Ecuadorean residency as a retiree, you only have to prove that you have $800 in consistent reliable income per month. Of course, there’s still a lot of paperwork to move through, but the income test is one of the lowest around (withNicaragua leading the pack with a measly $600 minimum).

What’s more, those over 65 who receive their temporary or permanent residence are also entitled to many of the same rights as an Ecuadorean retiree, except the right to vote. Among the benefits provided to resident retirees are free health care, a 50 percent discount on roundtrip airfare, 50 percent discount on movie tickets and other leisure activities, and exemption from some local and municipal taxes.

With a fantastic mix of beautiful mountain vistas, bubbling rivers and a mild-but-sunny climate, the city of Cuenca is easy to love. Combined with the convenience of living in a modern city that hasn’t lost its Old World-style charm, the typical monthly expenses of living in Cuenca make it an affordable paradise.

A city-center one-bedroom is just $334 per month, with utilities, Internet and cell service adding another $83. Including a few three-course meals, a yoga membershipand a few hundred dollars of spending money, an average monthly budget is just $887.

While it may take some out-of-the-box thinking, and a little extra paperwork, retiring in south of the border can mean your Social Security income goes much, much further than it would at home. Even if you receive less than the average in Social Security payment each month, a happy, healthy retirement could be just a flight away.