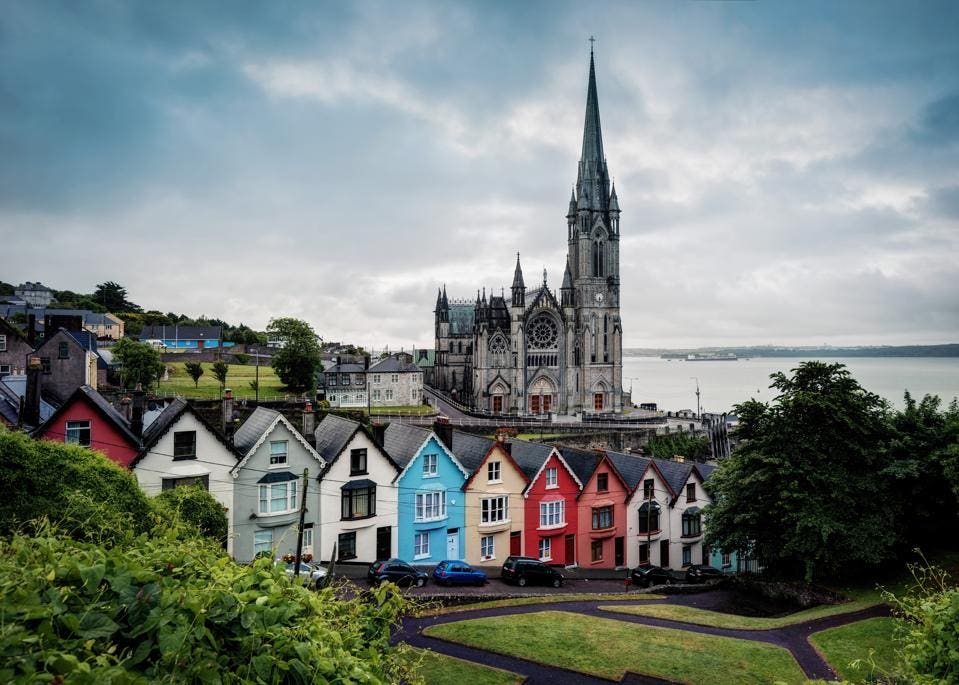 When it comes time to pick a retirement spot, the majority of Americans end up staying put, or moving within their own state. But that doesn’t mean you shouldn’t at least consider the option of retiring abroad.  Fact is, many countries offer a high standard of living at a much lower cost and throw in good weather, great scenery and fascinating culture at no extra charge.

More Americans have been not just considering, but actually making, the big move.  The U.S. Social Security Administration just reported it’s now sending checks to almost 700,000 people living in foreign countries. That’s a steady 40% increase over 10 years.  Of course, not all Americans “retiring” abroad are old enough to collect Social Security. The growing FIRE (Financial Independence, Retire Early) movement has got some GenXers and even Millennials dreaming about “retiring” from their day jobs and living abroad.

To assist those planning, or simply dreaming about, a foreign retirement haven, Forbes has scoured the globe to come up with a list, The Best Places To Retire Abroad In 2019. Click on the gallery below for a description of all 24 countries, on five continents, that made our list, in alphabetical order. (At the bottom of this post, there’s also a handy table offering a quick view of how our picks compare.) Note that while we are picking entire nations, not every place in each is suitable. U.S. expat retirees often tend to cluster in just a few locales. So we suggest a few specific spots in each, although in most countries there are many other locations that would also be suitable.

One advantage of just about every foreign country on our list is that good medical care, and health care insurance, is available and at a cost so much less than in the U.S. that private insurance can easily replace the Medicare benefits most U.S. retirees depend on. (No, you can’t use your Medicare benefits abroad.) Three countries on our list—Uruguay, Ecuador and Italy—even allow expats under certain circumstances into their national healthcare systems. In some countries, good healthcare is more easily found in the larger cities, and we make a note of that in our individual write-ups.

To put together this list, we examined a variety of factors besides healthcare. Among them: overall cost of living, tax issues, ease of gaining residency, outdoor and cultural amenities, climate, safety, local hospitality, prevalence of English, and ease of travel return to the U.S. No one factor puts a country on or off the list, with the exception of ability to gain residency. Some inviting countries, including Canada, the United Kingdom and Switzerland, are simply too difficult for Americans to retire to unless they have an in, such as a family connection. Mainly for that reason, they’re not on this list.

Political stability is also an issue. Over time, countries do change. Colombia and Croatia, which both once had heavy baggage, are on our 2019 list. Nicaragua, which we’ve recommended in the past, is not. Like the U.S., some countries are a mixed bag, but it’s not difficult to avoid the bad places. For example, in Mexico certain border cities are problematic, while the Philippines has had to cope with unrest in a distance province.

Your own preferences will determine the weight you give to various factors. Online video services like Skype, Facetime and Facebook messaging make it easy and cheap to stay in touch with friends and loved ones back home. (In most of the world, Internet connectivity is very good.) But if traveling back to the states is important, then far-flung venues like Australia, the Philippines and Malaysia might not work. Instead, consider Mexico, Panama, Costa Rica or the Dominican Republic.

It’s important, of course, to do your own due diligence. There are dozens of factors to weigh beyond those we mention. How to check out the feasibility of a possible home? Thanks to the Internet and social media, conducting solid research has never been easier.

Facebook hosts dozens of groups run by expats living in specific countries. If it’s a closed group, ask to join, read the posts and ask questions about cost of living, crime, ease of moving funds, problems in moving personal property such as a vehicle, and any other topic of interest. Likewise, in this era of easy blogging, it’s pretty simple with a Google search to find blogs authored by expats dealing with day-to-day living issues. For instance, a recent Google search for “expat blogs in Uruguay” yielded more than 200,000 hits. Several contributors to Forbes.com  focus generally on retirement abroad.

You can learn a lot from the often-amusing local blogs. For instance, a post on The Panama Adventure, written by a registered nurse from Florida named Kris, detailed the local cost of living. “We bought a pig last month, 120 pounds worth at $2.50/lb,” she wrote. Or this adviceby Californian transplant to Italy Susan Darin Pohl at her blog, Americans in Umbria: “Remember the three Ps of living in Italy: Patience, Perseverance and Purpose.”

While they may not be so entertaining, the websites maintained by countries’ U.S. embassies in Washington frequently offer crucial information, such as what it takes to get permission to move there. These procedures vary widely by country. Some require the process to start with an application to the country’s U.S. embassy, while others mandate an application once the retiree arrives in the country. But they all require lots of exacting paperwork, frequently translated into the foreign country’s main language. Generally, the initial permission to stay is granted for a limited period of a year or two, with the possibility of renewals and, down the road, something akin to what in the U.S. is permanent residency (popularly known as a green card). Some expats hire a lawyer to navigate the process.

Most countries require proof that a retiree has a minimum annual income from sources like pensions, Social Security and investments, but these amounts tend to be modest. In Colombia, for example, the requirement is $19,000 yearly for a couple. In Costa Rica, it’s $24,000. Australia, on the other hand, looks for a net worth of $600,000.

Since most of these countries allow tourists to visit for three months or even longer, consider taking what amounts to a test drive, visiting the country and renting an apartment on a short-term lease. Most expat retirees end up renting rather than buying a residence, anyway. There are several reasons for this. Some countries simply make it hard legally for foreigners to purchase property (New Zealand just did this).

In other nations expat retirees find the purchase process too burdensome–or even treacherous. Earlier this month, the U.S. Federal Trade Commission obtained a court order in Maryland shutting down what it called a $100 million real estate fraud in Belizethat the agency called “the largest overseas real estate investment scam” it has ever targeted. According to the FTC, the fraud, perpetuated by a convicted felon, involved the sale of lots in what supposedly soon would become a luxury development variously known as Sanctuary Belize, Sanctuary Bay or The Reserve, on the Atlantic Ocean coast south of Belize City.

Tax issues can be vexing and often require professional advice. The U.S. taxes citizens wherever they live in the world. Americans living abroad get an exclusion from U.S. taxes for earned income of up to $105,900 in 2019. But this income has to be from work (not usually the case with retirees in foreign countries), and not from investments, which includes rental properties. This raises the possibility of double taxation—meaning the same income could be taxed in both the U.S. and the foreign country of abode.

There are ways to deal with this. In many circumstances, the U.S. allows a tax credit for income taxes paid to other countries. Some foreign countries don’t tax the income coming from abroad to expats—that means crucial income streams like Social Security, pensions and returns from U.S. investments might be exempt from foreign tax. And the U.S. has a tax treaty to avoid double taxation with nearly half of the countries on the Forbes list. (Those with treaties are Australia, France, Ireland, Italy, Malta, Mexico, New Zealand, The Philippines, Portugal, Spain and Thailand.) The Internal Revenue Service website, irs.gov, provides guidance as well as a list of tax treaties in effect.

As noted above, Medicare does not cover medical services provided abroad. Still, retirees in countries not far from the U.S. by land or plane—on this list, Belize, Costa Rica, Dominican Republic, Guatemala, Mexico and Panama—might be able to use Medicare by returning to the states, especially for major procedures.

Foreign countries generally require expats to show proof of medical insurance as a condition for residency. But the insurance premiums, reflecting the lower cost of medical care abroad, are much lower than in the U.S.  Coverage can be shopped online from such sites as Association of Americans Resident Overseas and Medibroker. Getting covered for pre-existing conditions, however, can be a problem.

Warning: Even if you move abroad, be sure to enroll in Medicare Part A when you turn 65; for most retirees Part A, which covers hospital care in the United States, is free. You must pay premiums for Medicare Part B, which covers doctors and other outpatient services. (The regular 2019 premium for part B is $135.50 a month per person, but it can be a lot higher if your income is above $85,000 per person, or $170,000 for a couple.) If you go abroad, decline to pay Medicare Part B premiums and later move back, you can be hit with a late enrollment penalty—equal to a 10% premium increase for each year you would have been paying premiums.

So don’t forgo Medicare Part B if you’re only going abroad for a test period and haven’t decided on your permanent retirement locale.