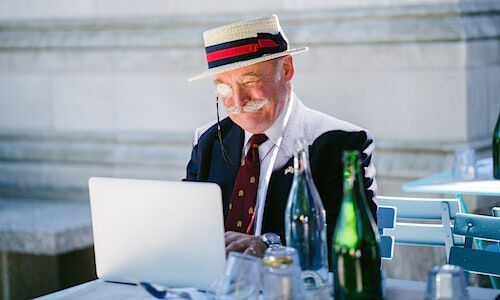 Financial institutions have long been centering their digital propositions around what one would believe is their natural demographic match – millennials – but early days in Asia reveal an unexpected surprise.

The outlook for millennial adoption of digital banking services has been all the rage sound and intuitive reasoning linked to the demographic: lifestyles deeply embedded with technology, limited to no attachment to brick-and-mortar services and a desire for greater user experience.

Yet counterintuitively, elderly users from the baby boomer generation have been the major adopter in the region.

In addition to accelerated adoption fuelled by the coronavirus pandemic, the demographic has demonstrated various characteristics that bode well for the digital banking outlook such as greater openness to neobanks or effective application of best tech practices.

In September last year, reports emerged that digital banks would delay their operations due to distractions from the ongoing political unrest to Hong Kong’s youth. This is in addition likely resumption of anti-government protest momentum with a demonstration already recently organized in a mall of a major residential district amid an ongoing social distancing ban.

Sloppy tech practices despite robust knowledge also suggest a limited appreciation for capabilities such as enhanced security – an often spotlighted feature amongst banks.

Singapore is also exhibiting similar relative strength from the baby boomer segment after the temporary closure of almost half of all bank branches in the city-state boosted broader digital activities.

According to OCBC, there has been «huge acceleration» across day-to-day transactions and investments, including a 20 percent year-on-year increase in digital adoption from clients aged 60-80 years compared to 7 percent for other age groups.

With a 60 percent drop in walk-in customer traffic, OCBC is «on a concerted effort to create this new normal and digital shift,» said Pranav Seth, the bank’s head of digital and innovation.

Although baby boomers have obtained an early lead, the outlook for millennials remains bright for many especially for the generation’s individuals who could open their very first account with a digital bank.

According to Lee Li Ming, gaming hardware maker Razer’s chief strategy officer, the 12-35 years old age group is especially attractive due to their limited financial knowledge and challenges with entering the banking system from lack of savings and credit history.

«Youth and millennials are underserved even in a crowded space like Singapore,» Lee commented, underlining the segment as the primary target for Razer which is leading a consortium to apply for a Singapore digital banking license. «We want to help them from a young age.»